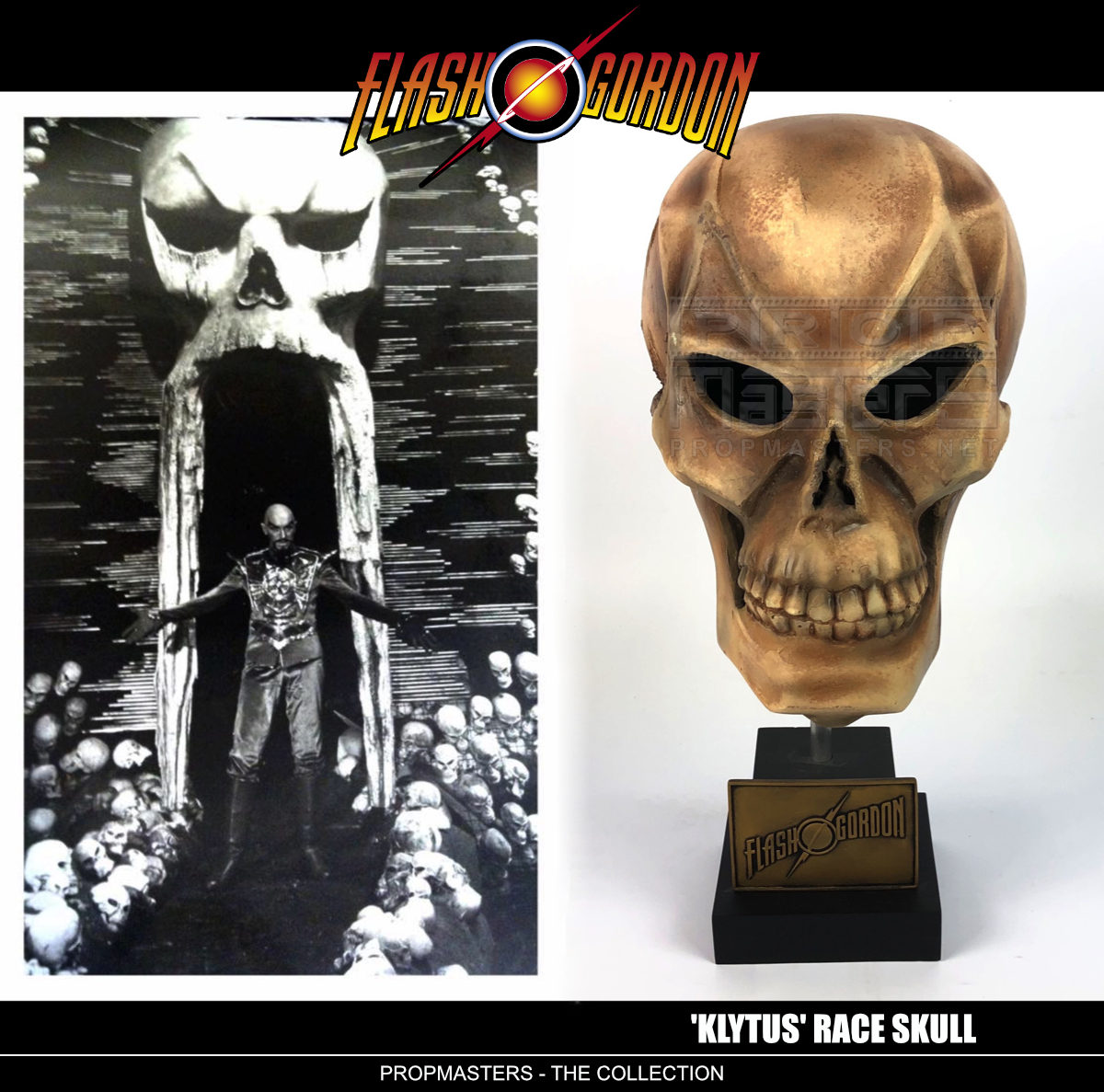 There was a filmed sequence, that did not make the final cut, where 'Emperor Ming' is on the home planet of 'Klytus'. Such skulls of the 'Klytus' race adorned the set.

This Skull was one of only two known survivors of this whole skull type, both of which originally had their 'Klytus' face masks still attached. Unfortunately, the other known skull was

destroyed as a result of careless forced removal of it's face mask making this the sole surviving 'Klytus' skull of its type known to still exist.

We are always looking for original production used items from Flash Gordon (1980), please contact us with details