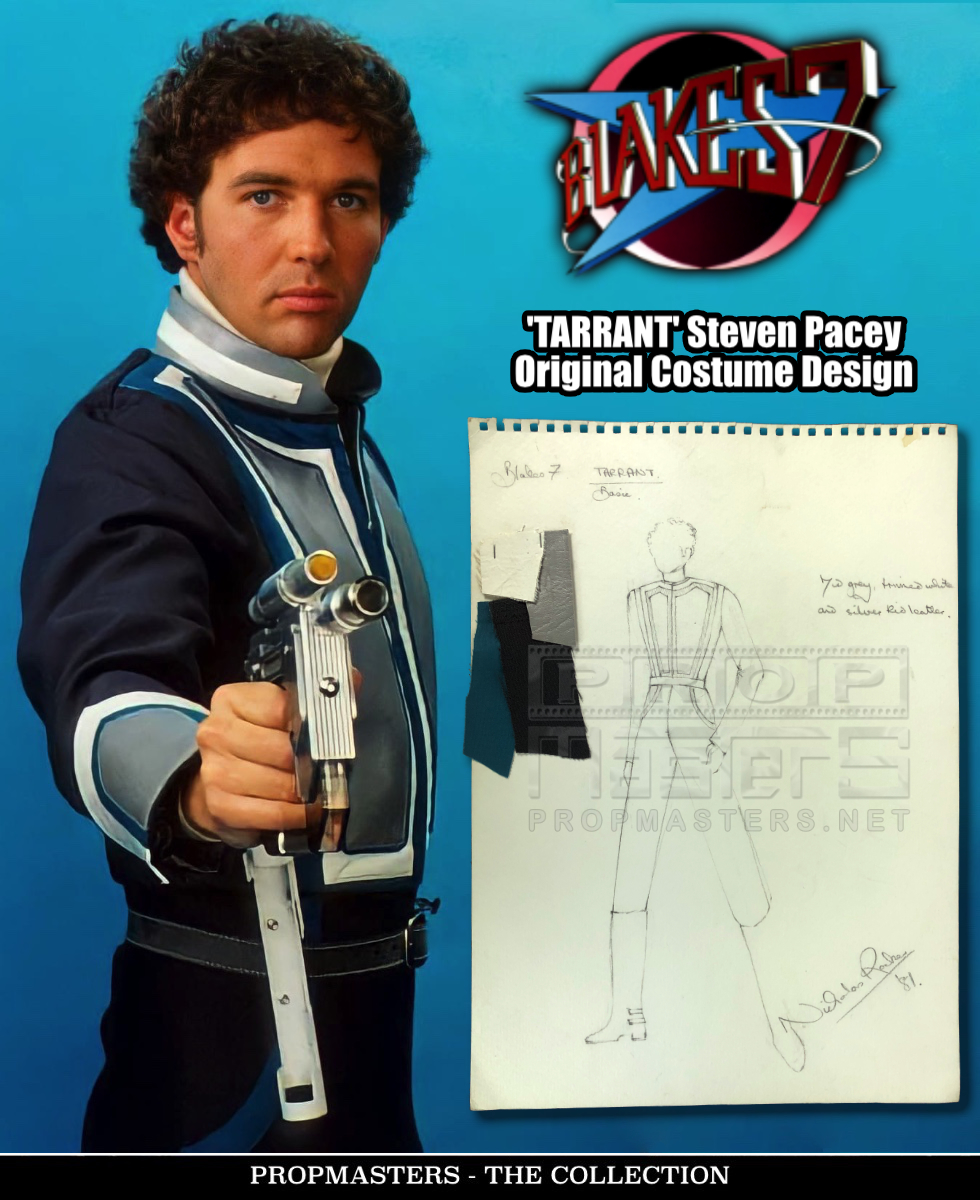 The original hand drawn Costume Design for the principal costume worn by 'Tarrant', Steven Pacey, during the fourth season of

The full length costume design is hand executed in pencils by the show's costume designer Nicholas Rocker. It features annotations in hand by the

Designer, to include the show title, story title, character title, costume visual appearance notes and is boldly signed to the lower right corner.

Attached to the design are costume swatch material samples to indicate the material required for the costume.