Scripts - A Guide To 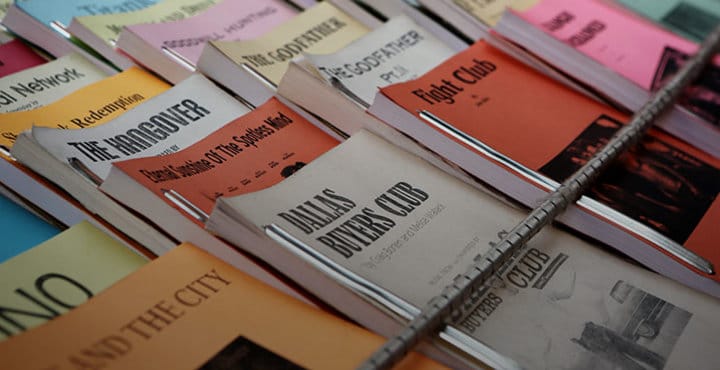 A script is a written work by screenwriters for a film or television program. In them, the movement, actions, expression and dialogues of the characters are narrated.

There are often different drafts of the same Script as the Script evolves and develops during pre-production. The different drafts can vary slightly in content to the final film seen on screen which adds to their appeal.

Some Scripts may feature different colour pages which denote them as being revision. Additionally if the Script has annotations from it's original owner it can make it even more interesting. Quite often the crew member's name may be hand written on the front or flyleaf but with more modern Scripts they can be numbered in relation to who their original owner was.

Scripts are obviously produced in a limited number and assigned to the required members of production. As they contain the whole story between their pages they are highly safeguarded during production itself.

The Script is the soul of the movie, without the Script, there is no movie.

All Scripts offered through Propmasters are original production used examples.