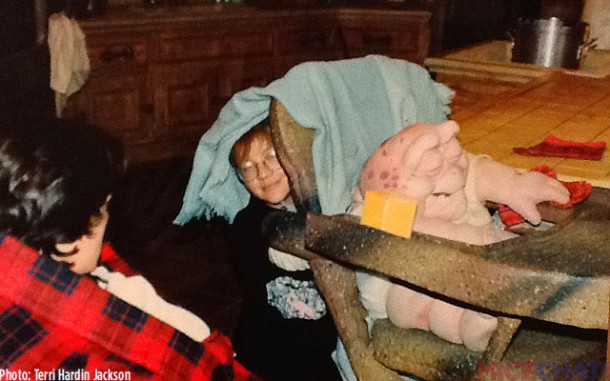 The series, conceived just before Jim Henson's death, focused on a family of dinosaurs, the Sinclairs, and used ground-breaking full body, animatronic puppets.

The show was a joint venture that merged the talents and resources of Michael Jacobs Productions, The Jim Henson Company, and Disney's Touchstone Entertainment. Dinosaurs made use of a system known as animatronics to express and alter the dinosaurs' facial movements, a process developed by Brian Henson and his team at the London Creature Shop.

The show was an effective parody of human life and the American sitcom. Dinosaurs was set in the year 60,000,003 BC. Just a million years earlier, the dinosaurs behaved like animals, eating their offspring and living in swamps. But now they had evolved, raising families, living in houses, working, and paying taxes. Earl Sinclair, a megalosaurus, works for the WESAYSO Development Corporation, under the direction of triceratops B.P. Richfield, leveling forests to make way for housing developments. Earl's wife Fran, an allosaurus, runs the house and family. The Sinclairs have three children: 14-year-old son Robbie; 12-year-old daughter Charlene; and 1-year-old Baby Sinclair, whose birth is recounted in the pilot.

News articles written at the time of the premiere highlighted the show's connection to Jim Henson, who had died the year before. "Jim Henson dreamed up the show's basic concept about three years ago," said a New York Times article in April, 1991. "'He wanted it to be a sitcom with a pretty standard structure, with the biggest differences being that it's a family of dinosaurs and their society has this strange toxic life style,' said Brian Henson. But until The Simpsons took off, said Alex Rockwell, a vice president of the Henson organisation, 'people thought it was a crazy idea.'"

A 1993 article in The New Yorker said that Henson continued to work on a dinosaur project until the "last months of his life." Henson was working with designer William Stout in the late 80s on a feature film with animatronic dinosaurs, with the working title of The Natural History Project; Henson contacted Stout about the project again in the last months of his life. That project may have been the inspiration for Dinosaurs. The television division of The Walt Disney Company had begun working on the series in 1990 for CBS, before the series landed on ABC.

Many of the dinosaur characters' names were based on the names of oil companies (Sinclair, Phillips, Hess, Richfield) or the categories of fuels they produced, like Ethyl. Sinclair Oil in particular is known for its dinosaur mascot. B.P. Richfield's first and middle initials were inspired by British Petroleum. At one point a Dinosaurs movie was planned, but never produced.